Breast milk is the best source of nutrition for babies, and breastfeeding is recommended for the first 12 months of your baby’s life. If you’re thinking about bottle feeding please consult with your health care professional.

The information on infantformula.com.au is provided for educational and information purposes only and whilst effort is made to make sure the information is correct on our site, you should always do your own research.

Home » resources » ARE YOU FEELING EMOTIONAL FOR NOT BREASTFEEDING? 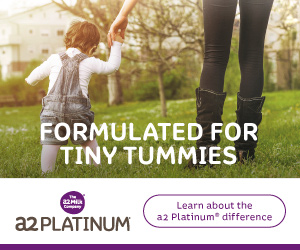 ARE YOU FEELING EMOTIONAL FOR NOT BREASTFEEDING?

I longed to breastfeed each of my three babies, and did so for an average of about four weeks each time.

Much less than I’d anticipated before first falling pregnant.

In each case, my decision to switch to formula was medically and physically motivated and each time I experienced intense emotions – only on each occasions the emotions I felt differed vastly.

My first harrowing experience set the benchmark for future decisions, and my personal aftermath completely changed my perspective on the concept guilt associated with breastfeeding.

Cutting a long (and boring) story short, like many women who put undue pressure on themselves to breastfeed at all costs, I persevered despite bleeding, despite nipples that were falling apart before my eyes, despite constant pain and pink milk, despite the fact that I dreaded feeding the baby I’d fought so hard for via IVF and despite recurring mastitis. 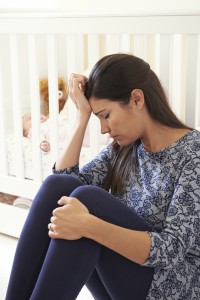 Until the mastitis stopped responding to antibiotics and I was perpetually unwell. And eventually hospitalized and away from my precious baby.

Even then though, officialising my decision to stop breastfeeding left me wracked with guilt. I felt like I’d failed my baby. I cried. I sobbed. I bawled.

But although I often felt emotional for not breastfeeding, I eventually got better. I was healthy and strong. And guess what? So was my baby.

In fact, my baby was actually happier, as I was able to use a specialist formula that helped him with severe reflux so he could enjoy his feeds without profuse vomiting and an upset stomach.
He thrived. And so did I.

When I fell pregnant again ten months later, I decided to give breastfeeding another go, but told myself if it wasn’t working, I wouldn’t put any pressure on myself to persevere to the point of physical and emotional agony.

Before long, the pain did begin and remained as such. I kept going but soon noticed one breast was smaller and producing less milk (damaged milk ducts from previous recurring mastitis) and my baby wasn’t gaining enough weight. Add thrush to the mix and I once again made the decision to switch to formula.

And although I was disappointed it didn’t work out, the overriding emotion I felt this time was relief! And soon, happiness, as I watched my baby gain weight, quickly catching up to the healthy weight he was supposed to be.

My youngest son was three when I fell pregnant for the third time and again I decided to give breastfeeding a go.

This time, it went beautifully. I had very little pain and I thoroughly enjoyed the experience, the closeness and the convenience.
Then, out of nowhere, mastitis hit. Hard. 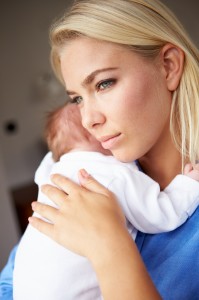 I needed strong antibiotics that weren’t recommended for my baby. Feeling a horrible sense of déjà vu, I once again made the decision to switch to formula feeding.

This decision filled me with a lot of sadness, as I was very much enjoying the experience of pain free breastfeeding. Importantly though, the overriding emotion wasn’t guilt (though it did linger in the background there). Mostly, I just felt sad.

And really, that sadness was mostly for my own loss (one I was physically reminded of at every bottle feed when I’d feel my milk let down!) as I knew from previous experience that formula fed babies are totally fine.

I now have two sons aged 5 and 3, and an 8-month old baby girl, all of whom are happy, healthy, unique children.
So by all means, allow yourself to feel the emotions that may come with the transition from breastfeeding to formula feeding.
But don’t feel guilty. There’s simply no need.